With Harvard Researchers, Samsung introduces a new approach to reverse engineer the brain on a memory chip, in a Perspective paper published in Nature Electronics

Samsung Electronics, a world leader in advanced semiconductor technology, today shared a new insight that takes the world a step closer to realizing neuromorphic chips that can better mimic the brain. 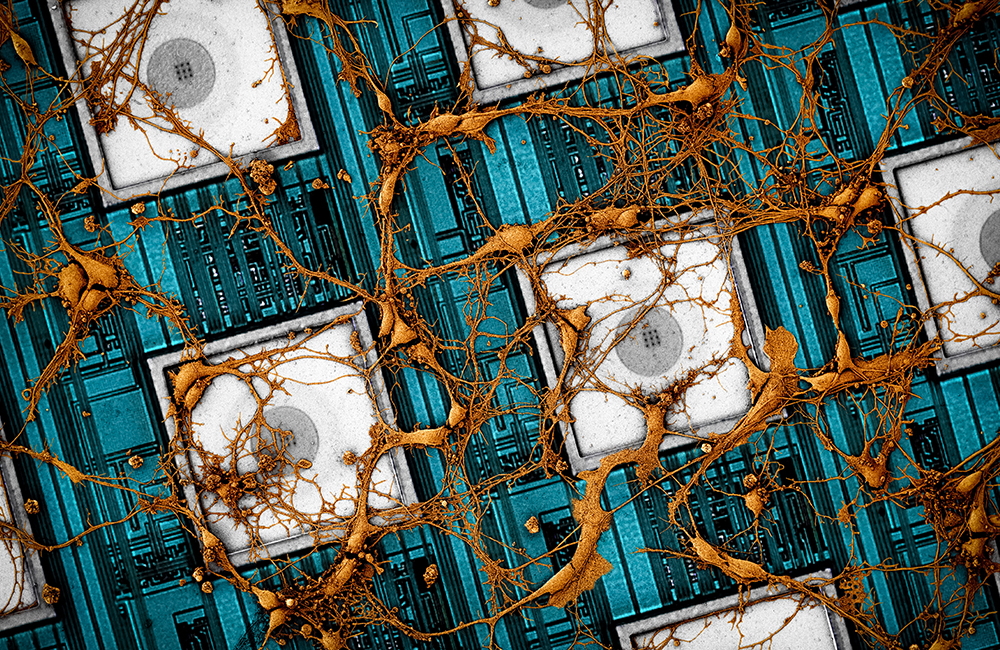 The essence of the vision put forward by the authors is best summed up by the two words, ‘copy’ and ‘paste’. The paper suggests a way to copy the brain’s neuronal connection map using a breakthrough nanoelectrode array developed by Dr. Ham and Dr. Park, and to paste this map onto a high-density three-dimensional network of solid-state memories, the technology for which Samsung has been a world leader.

Through this copy and paste approach, the authors envision to create a memory chip that approximates the unique computing traits of the brain – low power, facile learning, adaptation to environment, and even autonomy and cognition – that have been beyond the reach of current technology.

The brain is made up of a large number of neurons, and their wiring map is responsible for the brain’s functions. Thus the knowledge of the map is the key to reverse engineering the brain.

While the original goal of neuromorphic engineering, launched in the 1980s, was to mimic such structure and function of the neuronal networks on a silicon chip, it proved difficult because, even until now, little is known of how the large number of neurons are wired together to create the brain’s higher functions. Thus, the goal of neuromorphic engineering has been eased to designing a chip ‘inspired’ by the brain rather than rigorously mimicking it.

This paper suggests a way to return to the original neuromorphic goal of the brain reverse engineering. The nanoelectrode array can effectively enter a large number of neurons so it can record their electrical signals with high sensitivity. These massively parallel intracellular recordings inform the neuronal wiring map, indicating where neurons connect with one another and how strong these connections are. Hence from these telltale recordings, the neuronal wiring map can be extracted, or ‘copied’.

The copied neuronal map can then be ‘pasted’ to a network of non-volatile memories – such as commercial flash memories that are used in our everyday life in solid-state drives (SSD), or ‘new’ memories such as resistive random access memories (RRAM) – by programming each memory so that its conductance represents the strength of each neuronal connection in the copied map.

The paper takes a step further and suggests a strategy to rapidly paste the neuronal wiring map onto a memory network. A network of specially-engineered non-volatile memories can learn and express the neuronal connection map, when directly driven by the intracellularly recorded signals. This is a scheme that directly downloads the brain’s neuronal connection map onto the memory chip.

Since the human brain has an estimated 100 billion or so neurons, and a thousand or so times more synaptic connections, the ultimate neuromorphic chip will require 100 trillion or so memories. Integrating such vast number of memories on a single chip would be made possible by 3D integration of memories, the technology led by Samsung that opened up a new era for memory industry.

Leveraging its leading experience in chip manufacturing, Samsung is planning to continue its research into neuromorphic engineering, in order to extend Samsung’s leadership in the field of next generation AI semiconductors.

“The vision we present is highly ambitious,” said Dr. Ham. “But working toward such a heroic goal will push the boundaries of machine intelligence, neuroscience, and semiconductor technology.”